Tecta, a German-based furniture manufacturing company known for its Bauhaus re-editions, have introduced BauhausNowhaus to mark the Bauhaus centennial in 2019. It’s an initiative that brings together ambitious designers to rethink the classics of the Bauhaus era, demonstrating that the concepts, ideas and furniture remain both fascinating and functional after 100 years. As the past returns to join the present, the ‘experiment’ introduces updated accents, proportions and other contemporary elements. 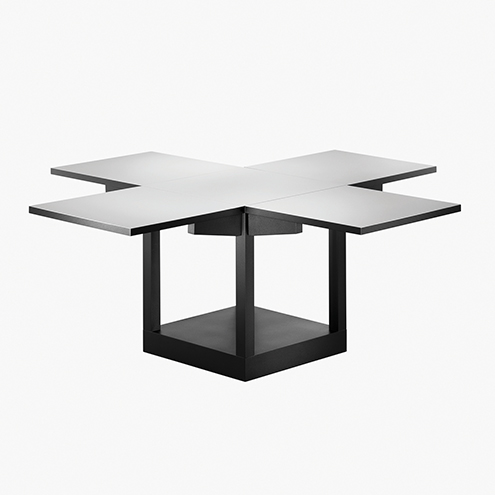 Tobias Groß is giving the spotlight to the M10 folding tea table, recreating it in a smaller and more visible design of side table proportions. The surfaces and supports have been pared down, making it look less solid and more lightweight. As each panel unfolds into a cross, the surprising and playful effects are not lost in the modern era, especially with the new calm, muted colors accentuated with pastel hues on the profile edges. 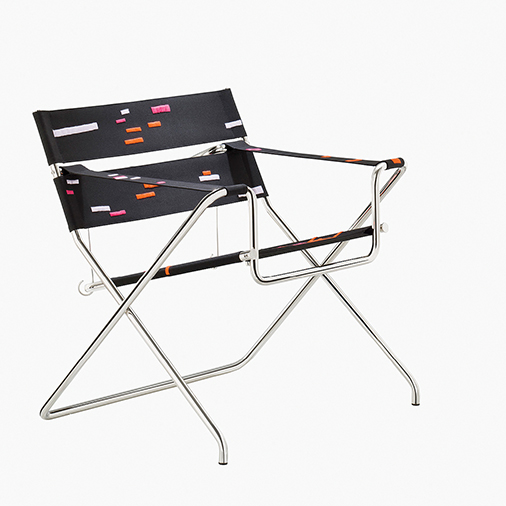 Designer Esther Wilson grew up with the D4 chair, and now she has created a poetic, thoughtful work that pays homage to original and Bauhaus. Basing it on the Bauhaus Manifesto, she has highlighted with several colors and hand-written notes and embroidered the resulting color blocks onto the textile surfaces. It’s a pattern with a unique rhythm of arrangement and color repetition that unifies art and craftsmanship. 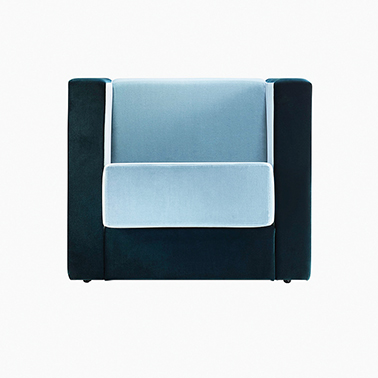 Using color once more to bring the D1 armchair into the present, Tobias Groß has applied darker hues to the frame while going lighter for the seat and back. The heavy presence turns lighter in an instant with an aesthetically perfect frame that warmly hugs the one sitting on it with soft, cozy velvet fabric. The castors, which allow you to move and swivel the chair easily, remain a subtle point that makes all the difference. The iconic cantilever armchair has received new color and texture combinations from Katrin Greiling. She began the design process by separating the product into three design areas; the frame, seat and armrest upholstery. She ingeniously used striking colors to emphasize proportions, giving contrast to the texture of the woven fabric on the padded surfaces created by Raf Simmons for Kvadrat.