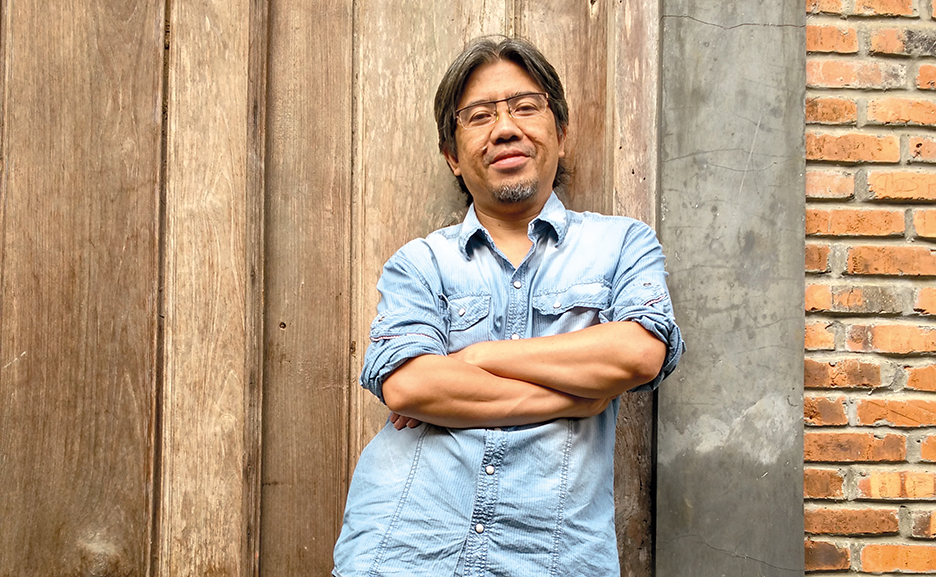 A painter known for his presentation of women as a subject instead of an object, Sudigdo lets the women in his paintings to tell their own stories. His latest solo exhibition, “Interpreting Kartini: Refuse or Acknowledge”, for example, presented the problems of modern women. InClover talks to Sudigdo about his inspirations, ideas and future plans. 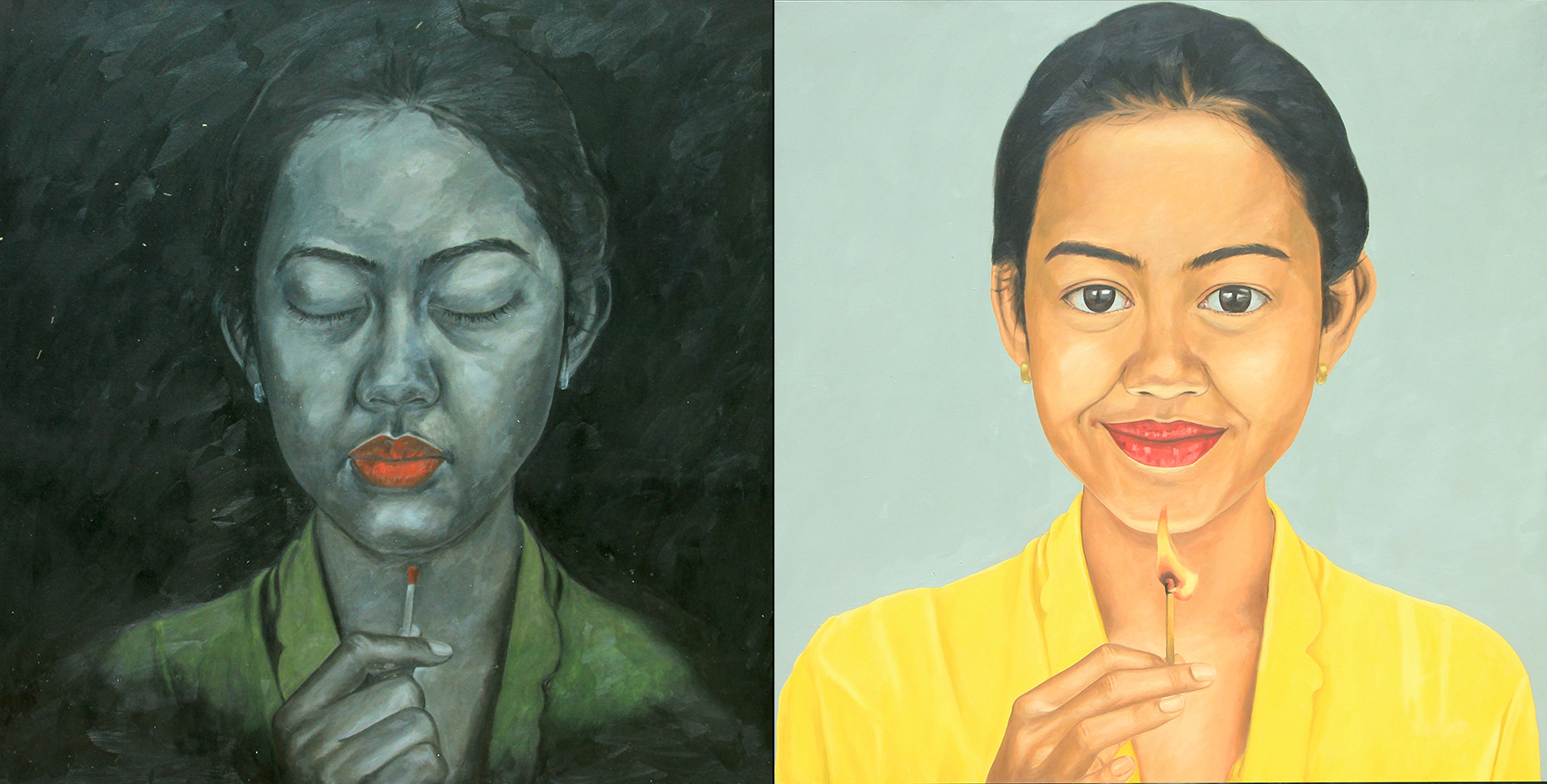 ♦ When and how did you start painting women?

⇔ I began painting with the subject of women when I prepared my solo exhibition in 2003 at the World Trade Center Jakarta. Before that, I had often painted with female subjects and objects, but then I really want to focus on painting women. I have always wanted to present themes of women that have yet to be presented by my other artist friends.

♦ What inspires you so much about women to the point that they have become the main subject of your paintings?

⇔ Women are beautiful. I saw the beauty of my mother when she raised and took care of me with grace and kind words without asking for anything in return, all with the sincerity of a mother. I also saw the beauty of my wife when she stood by me, accepting me for who I am, sincerely preparing the needs of the children and me. That’s the beauty of a woman.

♦ In what ways do your mother and wife become huge influences in your paintings?

⇔ I always respect my mother and wife, so I avoid presenting women in a state of nudity in my paintings. A lot of artists do the opposite and that’s well within their rights. But I prefer to show the beauty of women from not only the physical side, but also other sides such as their spirit, fight, well-earned success, happiness and sadness.

♦ Sometimes you portray women as brave, independent figures. In other paintings, you portray submissiveness. How would you define the women in your paintings?

⇔ Women are the subject of my painting. Now, the subject depends on what kind of notion I want to present in a painting. When a woman carries the mission to become a strong, brave figure fighting injustice, she has to appear valiant and powerful but not arrogant. Like an icon that women should be respected. But when a woman just accepts her fate and dare not to fight injustice, I present a woman who is resigned and accepting things as it is.

♦ Can you tell us about some ideas you have in mind but haven’t got the chance to paint yet e.g. specific traits or characters of women?

⇔ I have a lot of ideas which have yet to be realized, such as painting notable female figures in one canvas as an ode to successful Indonesian women in various fields, such as business, sports, art, and even housewives. I also would like to make statues of women and installations on modern women who never left their cultural roots.

♦ What is your plan for your next solo exhibition?

⇔ In 2016, I would like to present my thirteenth solo painting exhibition with the theme of “A Golden Woman”. The majority of the paintings will have golden shades, as my form of gratitude for the women who have been my source of inspiration. It also happens to be the year that I will turn fifty. I would also like to collaborate with a photographer to create a black and white painting exhibition.