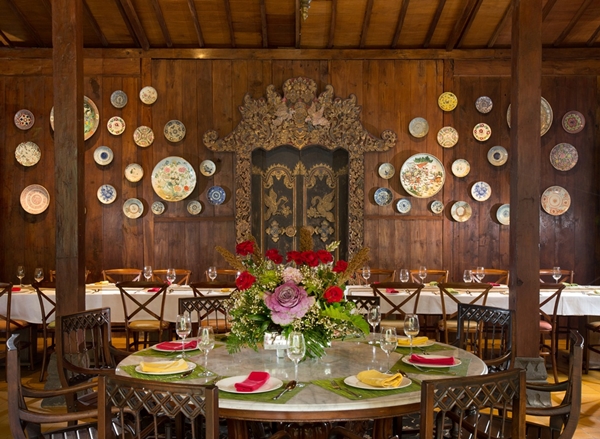 In commemoration of its third anniversary, Plataran Dharmawangsa secures its position through enhancement and fine tuning of some elements that brought the consistency of Cultural Elegance of Indonesia Dining as well as Exoticism of Indonesia Cuisine and Ambiance.

Some of the enhancement that have been done include the introduction of some new exotic food and beverage menu, as a result of extensive research in numerous places in Indonesia and Asia together with development from the F&B Team of Plataran Indonesia. Plataran Dharmawangsa retains the thematic concept of Indonesia royalty house compound and has put itself as the ultimate place for exclusive dining experiences in Jakarta for private events, family dining, receptions or coporate events by using the theme of Indonesian Cultural Dining Elegance experienced and favoured by the Indonesia’s President, high-ranking officials, diplomatic corps, the local and the expat community in Jakarta.

Plataran Dharmawangsa, the first dining venue opened in Jakarta by Plataran Indonesia and the recently opened Plataran Menteng located at Jl. H.O.S Tjokroaminoto No. 42, taking the theme of “The Ultimate Elegance of Indonesian Dining”, were both created to facilitate the needs of most people in Jakarta that for an Indonesian that is representative, elegant and legendary.