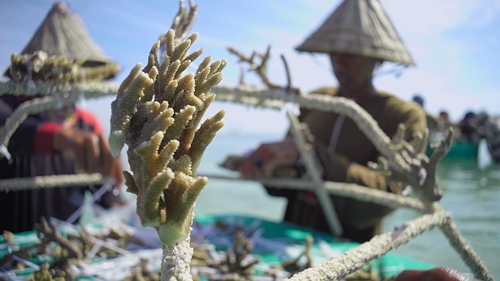 Celebrating World Ocean’s Day, SHEBA, a Mars Incorporated pet food brand unveils the world’s largest coral restoration program, named “Hope Reef”. Hope Reef is part of the world’s largest coral reef restoration program, and is located off the coast of Sulawesi, Indonesia. Sitting on Salisi Besar reef platform near the island of Bontosua, the reef is built to spell the word “HOPE”, which is visible on Google Earth and this 45x15m installation symbolizes that positive change can happen within our lifetime and that hope can grow. 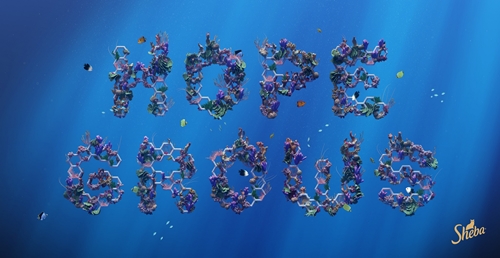 Coral reef systems as the tropical rainforests of the ocean and home to a quarter of marine life is critically threatened by overexploitation, destructive fishing practices, pollution and climate change. It is estimated by scientists that 90% of the world’s tropical reefs will be gone by 2043, impacting nearly 500 million people who depend on them for food, income and coastal protection.

In response to this, Hope Reef was created to kick-start an even larger restoration effort and create an initiative to restore reefs at large, ecologically relevant scale, along with cooperation with governments, universities, NGOs and other businesses, Mars Incorporated started the Hope Reef coral restoration program in 2019.

The program utilizes handmade Reef Star structures that are connected together underwater to form the core of the Mars Assisted Reef Restoration System (MARRS). The Reef Stars are handmade in the local communities using locally-available materials. By the end of 2029, SHEBA and its parent company, Mars, Incorporated’s ambition is to restore more than 185,000 square meters of coral reef around the world – or more than 1.5x the size of the Karebosi field in Makassar. According to Dr. Susan Wan, Country Director, Mars Pet Nutrition Indonesia, said: “Since the Hope Reef project started, coral cover around the island of Bontosua has increased from 5% to 55%. Fish abundance has increased by 300%. Other species, such as sharks and turtles, are also returning. “We can make a difference too and all from the comforts of our home just by watching ‘The Film That Grows Coral’ on Youtube. Every view will help raise money for reef restoration through our campaign partner, The Nature Conservancy.

Jeffrey Haribowo, Corporate Affairs Director Cocoa, Mars Wrigley Indonesia, said: “The Hope Reef project is just one of the many sustainability efforts Mars has been working on in Indonesia. We are proud to share our longstanding focus on Sustainability in two key areas in Indonesia. The first one being responsible & sustainable cocoa sourcing, which includes the transfer of best practices technology to over 50,000 cocoa farming families and most recently of course, coral reef restoration and ocean rehabilitation. Having been in operation for 25 years in Indonesia, Mars collaborates closely with local communities and focuses on three key areas: Healthy Planet, Thriving People and Nourishing Wellbeing.” 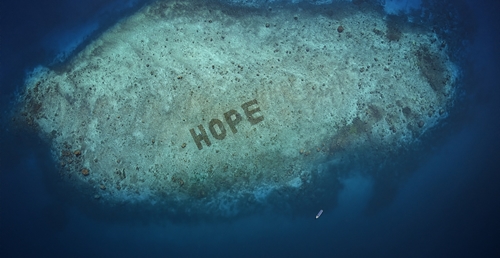 Saipul Rapi, Marine Program Manager, Mars Sustainable Solutions, added: “Our activities focus on ensuring sustainable livelihoods, drive behavioral change within local communities and raising awareness such as upgrading important communal areas, supporting schools with educational trips on and in the water to learn about the importance of coral reefs, as well as supporting local women setting up businesses and facilitating trade in Makassar.”

Let’s be a part of this program by watching “The Film That Grows Coral” on Youtube!