The Rejoiceful Evening at 3 Year Anniversary of Eastparc Hotel 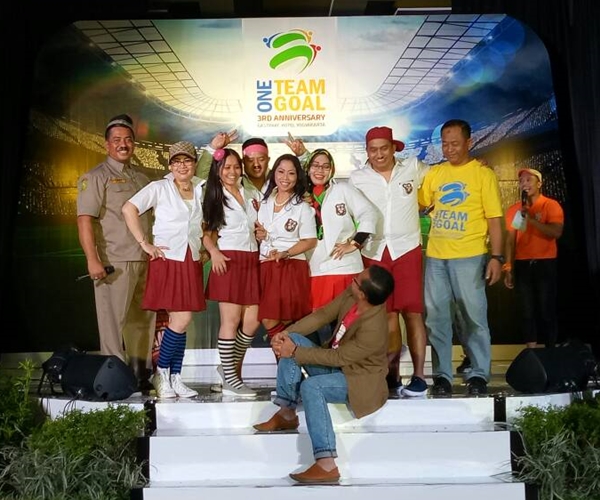 Sunday, 30 April 2017 was the closing day of Eastparc Hotel’s 3 year anniversary event series. All staffs, management, PT Eastparc representative and invited guests attended the Staff Party Eastparc Hotel which is the peak evening of the event and was opened with dinner and dance performance by Eastparc’s Angels and Head Departments. The event was held at The Grand Ballroom Eastparc Hotel which transformed into ‘Cafe Style’ and decorated with Football Stadium backdrop following this year’s theme ‘One Team One Goal’.

As in previous years, the Staff Party is one of the most awaited event in the series, filled with interesting agendas, such as Grand Final of Eastparc’s Kartini 2017, Department Performance Competition, Announcement of the Winners of Instagram Photo Contest, Sport Activity, Media Cooking Competition, Eastparc Got Talent and Best Employee 2017. The last but not the least, the most anticipated of the whole event is doorprize draw, which the grandprize is one unit motorcycle for one lucky winner. The announcement of the winner of the grand prize draw was the closing ceremony of the peak evening staff of Eastparc Hotel’s 3rd anniversary party. All employees from each department did not forget to capture this moment with a photo.