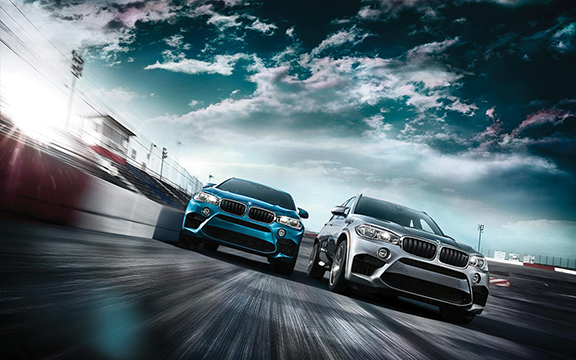 For everything else, ‘M’ is just a letter in the alphabet, but put alongside any BMW model names, the letter turns into a promise of greater driving instrument and experience in any possible way.

Ever since BMW’s successful racing program during the 60s and 70s, the BMW M series has been supplemented BMW’s lineup with specially modified higher trim models. These M-badged cars traditionally include modified engines, transmissions, suspensions, interior trims, aerodynamics, and exterior modifications to set them apart from their counterparts. The whole M breeds are tested and tuned at BMW’s own facility at the Nürburgring racing circuit in Germany. BMW M is setting the pace once again in the high-performance Sports Activity Vehicle (SAV) and Sports Activity Coupé (SAC) segments. When the previous generation of these two vehicles arrived in 2009, it was the first time the high-performance character distilled by BMW M had been transplanted into an all-wheel-drive BMW X model. The result was class-leading dynamics.

The all-new BMW X5 M fulfills the full power potential of BMW M models, while it also offers the versatility of X5 models. A fully-fledged BMW M with all-wheel drive – an impressively attractive blend of functionality and motor sport. The all-new BMW X6 M is the self-contained, extrovert result of a blend between an athletic coupé and the motor sport DNA of a BMW M vehicle in an X model. The design of this new model represents a statement of independence and ensures this ultimate Sports Activity Coupé exudes athleticism. 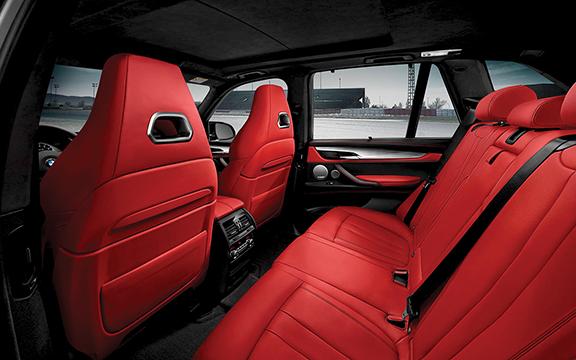 The all-new BMW X5 M and BMW X6 M are powered by the new BMW M TwinPower Turbo engine, which is the most powerful unit ever developed by BMW for an all-wheel-drive vehicle. Boasting innovative BMW M TwinPower Turbo technology with a pair of TwinScroll turbochargers, cross-bank exhaust manifolds, VALVETRONIC and High Precision Direct Petrol Injection, the 4.4-litre V8 produces maximum output of 575 hp between 6,000 and 6,500 rpm. That represents a four percent increase over the predecessor models. The step up is even clearer when it comes to the power development of the new engine. Peak torque has been boosted by 70 Nm, which equates to a rise of 10 percent. Its 750 Nm can be enjoyed across a broad rev range between 2,200 and 5,000 rpm. At the same time, fuel consumption of the all-new BMW X5 M and BMW X6 M in the EU cycle has been cut by 20 per cent CO2 emissions are likewise reduced by more than 20 percent, to 258 g/km. The two models accelerate from 0 to 100 km/h in just 4.2 seconds through the eight-speed M Steptronic transmission with Drivelogic, while top speed is limited to 250 km/h. The all-new BMW X5 M and new BMW X6 M send their engine power to the wheels via the newly developed eight-speed M Steptronic transmission with Drivelogic, which mirrors the operating concept of the M Double Clutch Transmission used by other BMW M models. With its instantaneous responses, rapid gear changes and super-direct reaction to load changes, the torque converter auto links up seamlessly with the new higher-torque turbocharged engine and showcases its talents in hugely impressive style.

The xDrive intelligent all-wheel drive system employs an electronically controlled multi-plate clutch to allow fully variable distribution of drive between the front and rear, resulting in a whole new dimension of dynamic flair, agility and traction. The driver can also see how Dynamic Performance Control is operating on the display, with arrows at all four wheels visualising where the engine power is currently being sent.

The large air intakes and big “kidneys” of the radiator grille, with their customary BMW M double-bar look, are a response to the high air-cooling requirements of the powerful engine, transmission and high-performance front brakes. Both new M models borrow their headlights from the BMW X6, complete with a washer system. The special flaps low down in the outer air intakes –adapted from those on racing cars – reduce lift and emphasise the optimised aerodynamics of the two new models.