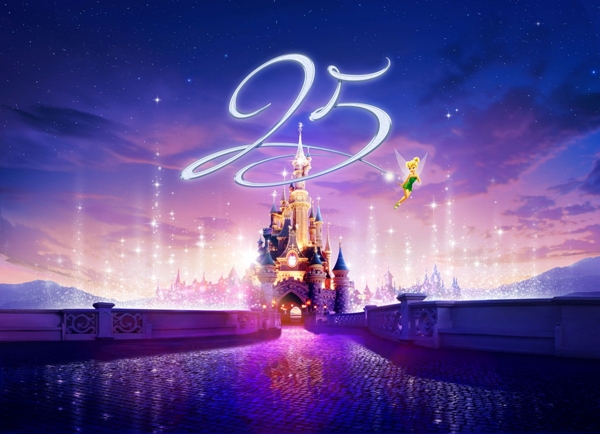 This year, put France among your dream destinations, if you haven’t already. These events and destinations are among those upcoming in 2017.

Every two years, Lyon, the foodie capital of France buzzes with anticipation as the legendary Bocuse d’Or takes place. A contest like no other, 24 of the most promising chefs in the world go head to head in the most intense gastronomy showdown there is.

A fabulous 124 room hotel and holiday village will open in Marseille. The wow factor is high, a €13 million conversion of the stunning Belle de Mai maternity hospital, set in a tranquil location in parkland, with loads of fun and family friendly facilities in this most sunny of southern French cities.

Join in the magic as Disneyland Paris celebrates 25 years of enchantment. From 26 March 2017 the fantasy theme park adds yet more sparkle to your visit with a brand new parade, glittering new night time spectacular and a new attraction. Take a flight of fancy with an action-packed intergalactic voyage, all in 3D based on the Star Wars films. https://news.disneylandparis.com/en/2016/10/17/official-disneyland-paris-25th-anniversary-coming-2017-time-sparkle/

Complete Opening of All the Spaces at Monnaie de Paris, Paris
Spring 2017

This project transformed the Monnaie de Paris into a lively and welcoming place, open to the city with new cultural, commercial and gastronomic offers. Art workshops, never-before-seen treasures from the Monnaie de Paris’s collections and a rich contemporary exhibition program will be unveiled to the public. Artistic creations and artisanal excellence will also be presented in the new shop by Monnaie de Paris, a concept store also selling other brands from the Comité Colbert. Michelin-starred chef Guy Savoy will open two restaurants bringing his gourmet restaurant on rue Troyon to the Seine and opening a brasserie, the ‘MétaLcafé’.

A brand-new shopping and leisure outlet will open at the foot of the stunning Pont de Normandie in spring of 2017. An exciting architectural design, fabulous and funky cafés and more than 100 great stores will lure savvy shoppers.

The Côte d’Azur region will celebrate its gorgeous gardens heritage with a brand new event: The Côte d’Azur Garden Festival. Events will take place in several town centers including Cannes and Menton between 1 April and 1 May 2017 with the theme “Awaken your senses”.

The famous film Festival of Cannes celebrates 70 years of glamour from 17 to 28 May 2017 – you can expect a rendezvous to remember as the stars arrive to join in this milestone birthday.

The UNESCO-listed city and its historic port will celebrate their 500th anniversary in style. There are numerous exciting contemporary art installations by internationally renowned artists, exceptional exhibitions, futuristic street parades including the much lauded Royal de Luxe with their extraordinary giant puppets and much more. Between 9 September and 8 October, Monet’s masterpiece and the namesake of the Impressionist art movement, Impression, Sunrise will return to its birthplace and will be on display at the André Malraux Museum of Modern Art (MuMa).

Fashion fans will adore the Yves Saint Laurent Museum which will open in Paris in autumn 2017 dedicated to the work of the great couturier, featuring his iconic collection including accessories, clothes, sketches and photographs.

A 2,500m² space devoted to contemporary for creating, shaping and exhibiting Art, the Foundation aims to support contemporary artists and creativity, from the visual arts to fashion, design and the performing arts.