Korean cuisine offers a great variety of dishes and regional specialties, and quickly becoming another global sensation. The following are some of the foods that you can look forward to during a visit to South Korea.

♦ Samgyetang - a healthy taste
Samgyetang is a traditional soup made of chicken, garlic, rice, scallion, Korean jujube, Korean ginseng and spices. Considered to help common sickness, samgyetang is also known to cure physical ailments and prevent sickness. Hwanghusamgyetang Restaurant in Insadong is perfect for a rejuvenating lunch while you’re in Seoul. ♦ Bibimbap - true comfort food
The essential Korean meal-in-a-bowl, Bibimbap, is commonly loaded with rice, seasoned and sauteed vegetables, mushrooms, beef, soy sauce, gochujang (chili pepper paste) and a fried egg mixed with red chili paste called gochujang. The ingredients found in Bibimbap vary by region, with the most famous versions coming from Jeonju, Tongyeong and Jinju. Try it at Seoullo Bibimbap located in the Seullo 7017, one of the most hyped urban spot in Seoul. 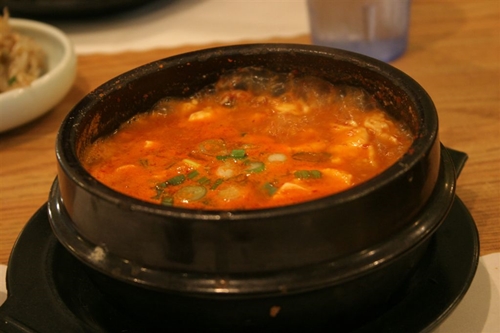 ♦ Sundubu-jjigae - soothing your soul
A very popular stew featuring tofu as the main ingredient, sundubu jjigae is on most Korean restaurant menus and has spawned a host of specialty restaurants that serve only dubu based soups, stews and braises. Perfect for cold weather, the hot bowl is ready to sweat you out. Find this popular dish along with other tofu-based dishes at Dubu Madang, within walking distance from the entrance of Korean Folk Village in Gyeonggi province. 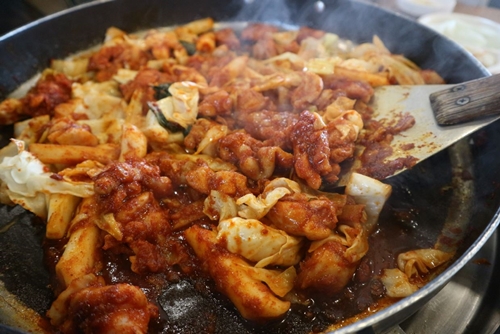 ♦ Dakgalbi - stirred by boneless chicken
The whole combination of Dakgalbi may be addictive to some people. Dakgalbi is a spicy stir-fried boneless chicken pieces mixed with rice cakes , green cabbage, sweet potato and other vegetables. When you visit a Dakgalbi restaurant, you’ll find each table equipped with a gas stove and a large round grill pan. Dakgalbi is a specialty in Nami Island area, so fill your tummy with the flavorful Ddakgalbi at Mr. Dakgalbi just outside the island. 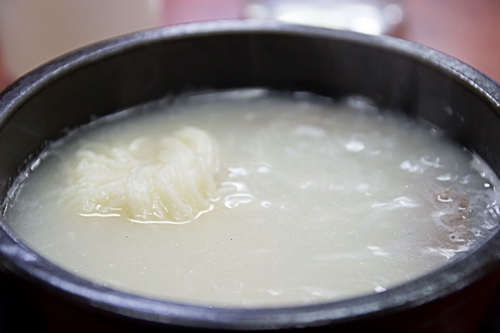 ♦ Seolleongtang - boosting your appetite
Seolleongtang or ox bone soup is one of the most popular soups served in restaurants in Korea. To put it simply, it is a milky beef bone soup that’s made by boiling down beef leg bones for several hours until the broth becomes rich and creamy white. Known for its soft yet chewy texture and flavorful broth, Seolleongtang is popular during the winter. Enjoy it at Sodeulnyok Restuarant in Lotte Premium Outlet – Icheon branch.