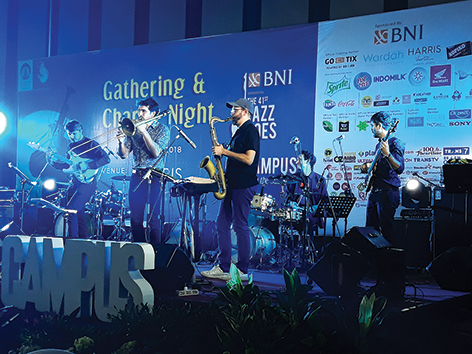 To close the year, HARRIS Vertu Harmoni proudly announced its second partnership with the oldest and the most celebrated International Jazz Festival in Indonesia – Jazz Goes to Campus, as the Official Hotel for Jazz Goes to Campus 2018.

This most anticipated music festival, enjoying its 41st year in Jakarta, has previously brought in hundreds of musicians from Indonesia and all over the world performing jazz at their base, the campus of the University of Indonesia. This year, Jazz Goes to Campus brought more musicians to perform, among the Indonesian acts were Warna, Hivi!, Teddy Adhitya, Andien, Dwiki Dharmawan, Glenn Fredly, Reza Artamevia. The International artists included Boyzlife, a new collaboration of Boyzone and Westlife featuring Brian McFadden and Keith Duffy, Dock in Absolute and also Samifati from France. 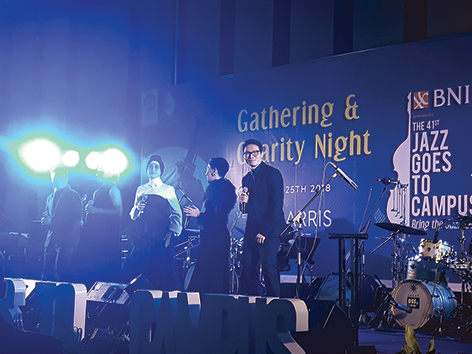