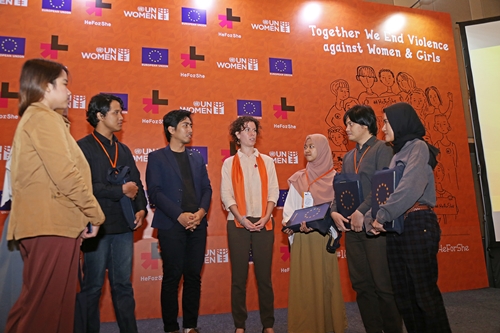 To mark the 16 Days of Activism against Gender-Based Violence, the European Union and UN Women orgazined a public discussion titled “Together We End Violence against Women and Girls” on 25 November 2019 at DoubleTree by Hilton Hotel Jakarta – Diponegoro. The discussion focused on the key challenges in the prevention and eradication of violence against women and girls, addressing inequality and discriminatory social norms that negatively affects women, and engaging men to advocate for gender equality and women’s rights. 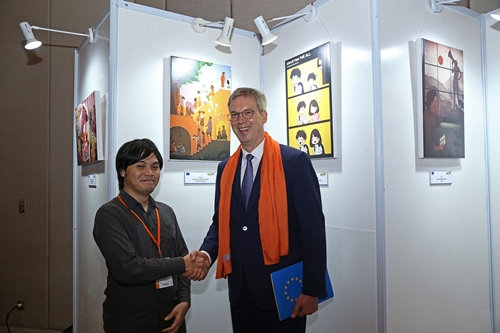 The speakers were Lily Puspasari from UN Women, Budi Wahyuni from Komnas Perempuan, Bagia Saputra from Aliansi Laki-laki Baru and Velove Vexia, actress and writer. H.E. Vincent Pike, the EU Ambassador to Indonesia and Jamshed Kazi, UN Women Representataive and Liaison to ASEAN were present to deliver their opening speech. In conjunction with the public discussion, the EU Ambassador and the Ambassadors of EU Member States also took part in the HeForShe pledge, reaffirming their commitment and raising awareness among men and boys. During the event, the EU also exhibited artworks from 12 finalists of the “Think Equal, Think Girls” Comic and Cartoon Drawing Competition and presented the winners.