The Royal Ambarrukmo with its centuries of traditions, art and culture sits in the heart of the capital of the Yogyakarta Sultanate and center of Indonesian education. Where it once served as the Yogyakarta Royal palace and gardens during the reign of Sri Sultan Hamengku Buwono V, The King of Yogyakarta, it now stands as one of the city’s finest 5-star luxury hotels. 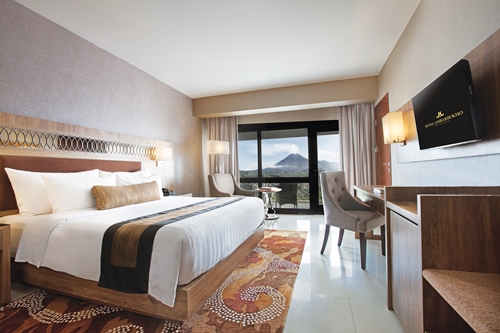 Recently appointed is Herman Courbois, a Dutch national who has joined as the General Manager of Royal Ambarrukmo in the midst of the pandemic. With all tourism sectors taking measures to comply with new normal procedures, Herman and his operational team have been continuously developing a maintenance project to ensure every guest experiences the best care during their stay. Even in such challenging times, the Royal Ambarrukmo is renowned for the best MICE and Wedding Venue facilities, along with semi-outdoor and outdoor venues in which to host your superb occasions.

After the hotel officially reopened on 7 September 2020, one of Mr. Courbois’ first priorities on taking on his new role at the Royal Ambarrukmo was seeing it become the first hotel to be certified as having implemented consistent standard health protocols for hotel guests and staff and this was swiftly followed by being promoted as a New Protocol Standard Meeting Space for Yogyakarta. 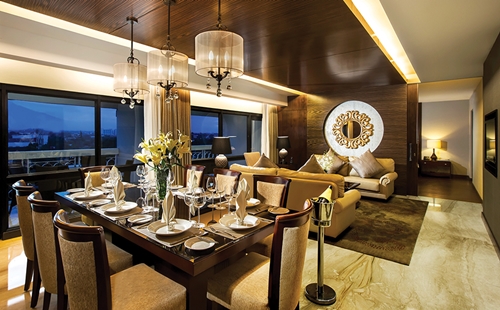 Looking forward to this year’s end and welcoming in 2021, the Royal Ambarrukmo has prepared a more subtle celebration for the guests. Mr. Courbois added, “We have to simplify the New Year concept while still holding a prestigious dinner and presenting a wide range of entertainment. Guests will be able to enjoy live music and a DJ at the Punika Deli from the afternoon and take in dinner at Samazana which will be offering live music until the countdown.”

Mr. Courbois is a graduate of the Hogere Hotelschool in Leeuwarden in the Netherlands but his extensive professional career and network in the hospitality industry began in his childhood where his parents worked in the same field and owned a small business. “So, from a young age I was doing the dishes and grew through the ranks of the F&B department. I studied and took a degree in Hospitaility while during the holidays and weekends I took jobs in several different departments, hotels and even countries.” His love of Indonesia started when he served as an intern in Indonesia in 1996 and when the 1997/1998 crisis hit Indonesia he remained and has built his career path ever since. His passion with Javanese history and culture also intrigued him as to the cultural heritage of not only this exceptional property but the Sultanate of Yogyakarta as a whole. He added, “Upon arrival here in Jogya, I asked my colleagues to arrange a visit to the Imogiri to ask for blessings and this has now become routine for all newcomers to our Team.”