Despite the domination of business travelers, the city still attracts those who are willing to explore the hidden spots and corners of interest. 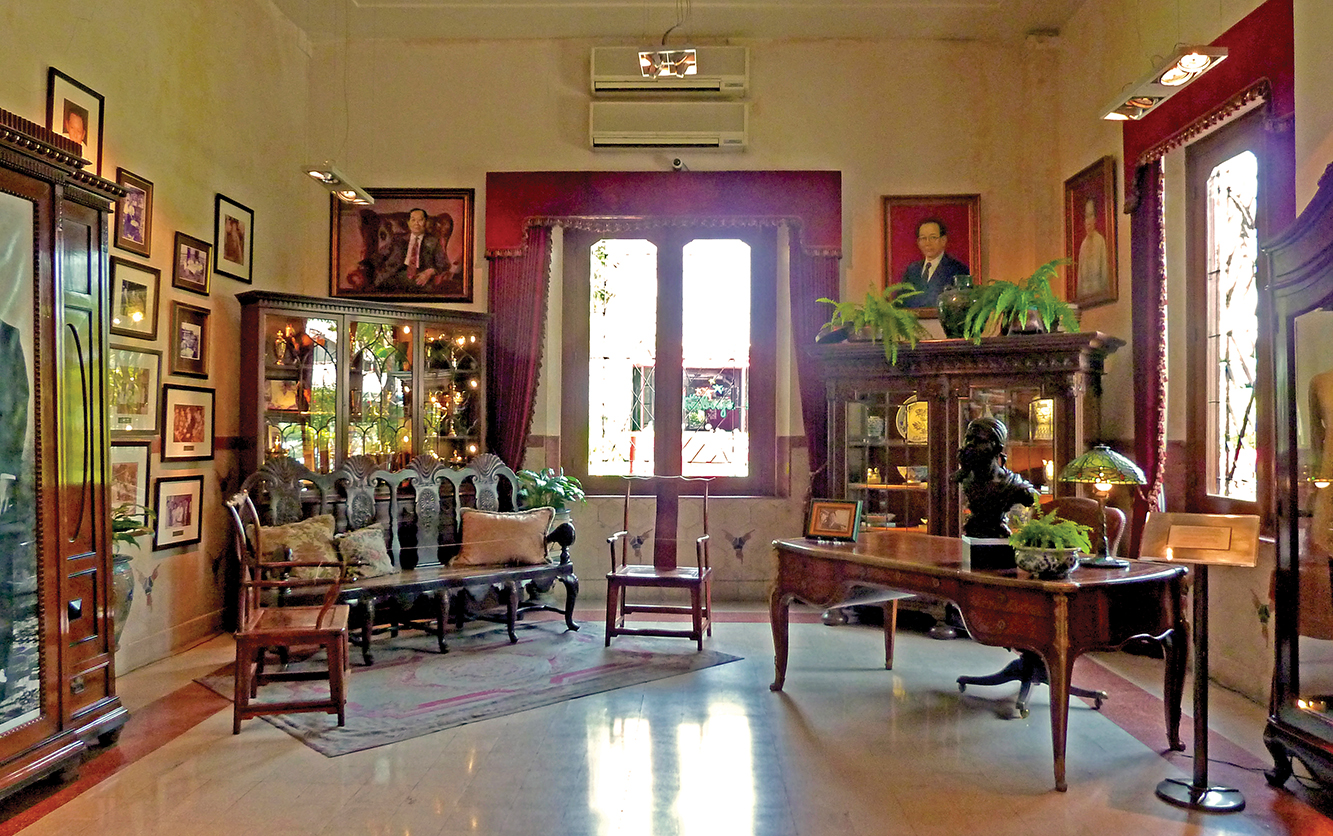 From the many icons of Surabaya, the Jalesveva Jayamahe Monument is a representative of many things, from the heroes and the nautical prowess to the rich history of the city. Surabaya is widely known as a business city, but look further and you will find fascinating things like the Arab quarter leading to a mosque, one of Indonesia’s biggest Chinatowns, and an array of Dutch buildings.

Depicted in the opening photo is an adaptation of the JalesvevaJayamahe Monument into a batik pattern made by yet another icon of Surabaya, the DewiSaraswati House of Batik, famous for customized patterns, innovative designs and authentic batik process. Owned by PutuSulistiani, the batik center is open for buyers and curious visitors who would like to see how batik is made traditionally.

Situated in “old Surabaya” within a stately Dutch colonial-style compound built in 1862 ‚ the House of Sampoerna is a museum that provides a glimpse of Sampoerna’s business, who also produces one of the biggest cigarette brand in Indonesia‚ Dji Sam Soe. The factory still operates and from the second floor you can watch hundreds of women hand-rolling cigarettes at a speed of more than 325 cigarettes per hour.

There’s an art gallery and a restaurant on the side buildings, but the one thing you cannot miss is the Surabaya Heritage Track, a free city sightseeing tour on bus. It runs through several tracks on different times of the day, so check out the schedule first to make sure you get to see what you want.

The coastal area of Kenjeran is mainly flocked by local families during the weekends. The old Kenjeran is for fishermen and sunset chasers, while the new Kenjeran is like a park with many attractions like the Kwan Im statue, the Buddha statue with four faces, and also a motorbike circuit.

Just like most cities in Indonesia, Surabaya offers culinary treats for eager foodies. D’Kampoeng food court in Surabaya Town Square serves a lot of local food options in one place. The legendary TokoOen is the oldest ice cream shop in Surabaya with charming interior. For something to bring back home, Almond Crispy Cheese is currently the favorite souvenir. Avoid buying the copycat brands by asking the staff of your hotel on where to get the authentic one.

For a place to stay, Hotel Santika Premiere Gubeng is the ideal base to relax in comfort when visiting this fascinating city. Aside from the 232 rooms and its high standards of service, the four-star hotel also comes with MICE facilities, a mixed-cuisine restaurant and a lobby lounge.

With spacious convention facilities and lavish rooms, Hotel Santika Pandegiling can also be a great alternative as it is also close to the business and commercial areas. Meanwhile, not only Hotel SantikaJemursari is a short stroll from the RungkutIndustri Estate and shopping malls, tourist attractions such as the Heroes Monument and Cheng Ho Mosque are also within easy reach.