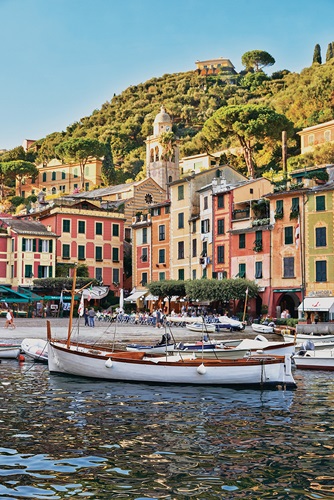 With a passion for authentic escapes that is in line with the parent company’s brand essence to build upon its heritage, craftsmanship and genuine, authentic service, Belmond plays the role of a custodian of timeless tradition, dedicated to preserving assets and restoring an incomparable experience. Here, we feature both the revamp of the Splendido Mare, a Belmond Hotel in Portofino, Italy, and the legendary British Pullman, a Belmond train running in England

The Making of ‘The Mare’ – Splendido has undergone a complete renovation by Festen Architecture, a Paris design agency where the opening of ‘The Mare’ revives the ageless allure of Portofino. The iconic and traditional Liguarian colours from the region – also known as the Italian Riviera and famous for its resort towns, fishing villages, and rocky coastline – are found in a palette of amber, terracotta and sea green that are used to accent the archways and ceilings. The pastel colours are symbolic of the region where they have been used to decorate the facades and window shutters for generations, and the design of the wooden floor is inspired by the church of San Giorgio in the town. 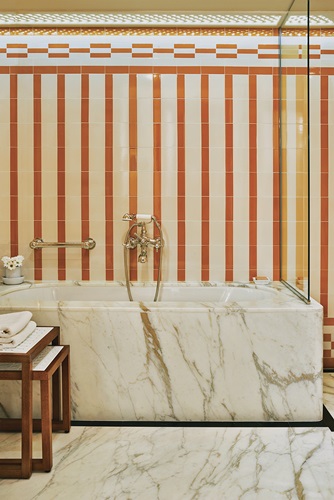 Mid-Century modern Italian furnishings celebrate the iconic 1950s era that defined Portofino’s glamorous history and an important time for Italian design. One of the suites is inspired by Ava Gardener who personifies mid 20th century glamour and was a frequent visitor to the guest house when filming ‘The Barefoot Contessa in 1954 with Humphrey Bogart.

‘The Cygnus Carriage’ – is a reimagining of the legendary British Pullman, and an exclusive cinematic design partnership with filmmaker, Wes Anderson that pays tribute to both the golden age of cinema and travel.

Each carriage aboard the British Pullman has a unique history that remains at the cutting edge of design and craftsmanship. With Cygnus’ revision, Wes Anderson has brought his dream-like storytelling to pay tribute to the origins of the 1950s carriage. 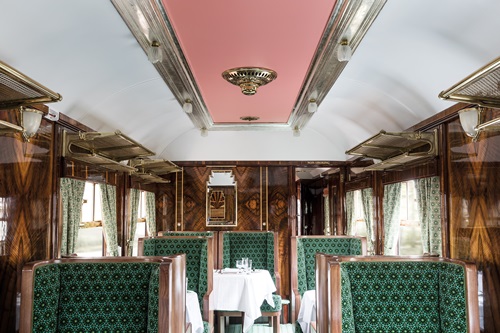 Named after the Greek God of Balance, Cygnus is often personified as a swan and immortalised as one of the most recognisable constellations in the night sky. Detailed references to the myths and legends can be found throughout the design in the intricate waves and swans detailed in the marquetry. From the meticulously positioned silver leaf on the ceiling that reflects like water, to the swan shaped champagne coolers – the carriage is a tribute to the majestic bird.

The Cygnus carriage features two private coupés where every detail of the design and experience takes your journey aboard the British Pullman to a new level of luxury. The intimate space, with 360 degree carefully handcrafted marquetry, can be exclusively booked for up to four guests. Guests can also travel in the open carriage as part of the regular Pullman experience or choose to book the entire carriage for groups and celebrations up to 26 people. Departing from London’s Victoria Station, a host of day trips are available throughout the year.