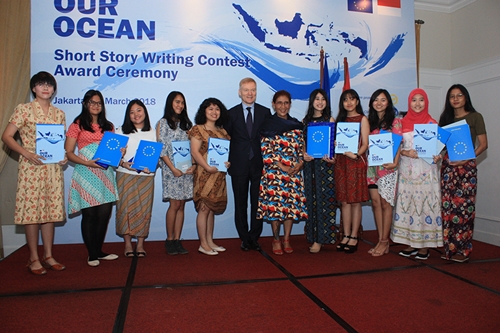 The ten winners of the “Our Ocean” Short Story Writing Contest, organized by the Delegation of the European Union (EU) to Indonesia, received their prizes in an award ceremony attended by Vincent Guerend – EU Ambassador to Indonesia and Susi Pudjiastuti – Minister of Marine Affairs and Fisheries. The contest was jointly launched by the Coordinating Minister for Maritime Affairs Indonesia, Luhut Panjaitan and the European Commissioner for Transport, Violeta Bulc during her visit to Indonesia in 2017. Aimed to continue the awareness raising efforts of “Our Ocean” conference in Malta and to be followed by Bali this October, along with the awareness of shared responsibility for preserving the oceans, the short story format was chosen to go beyond visual presentations and to serve as a narration that can invoke the imagination, and in turn, empathy of its readers. 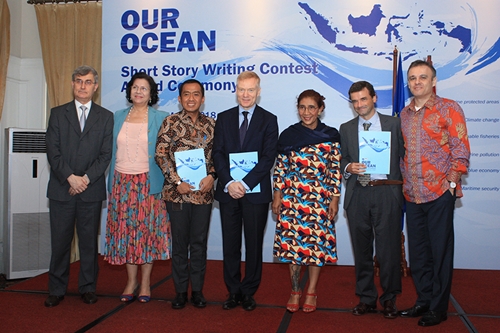 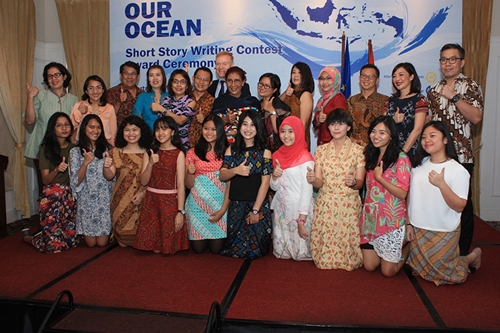 The number of entries shows high enthusiasm, from writers as young as 12 years old. Carefully chosen by the jury, the winning stories vary in surprising ways, from giving a plastic bag the role of a narrator, a time travel experience, to the dystopian possibility where eating fish is a luxury. When asked about future contests, Vincent said to look forward to new formats and themes in line with EU policies and commitments.